Botox: What are the Effects and How Long Does it Last?

Since it came on the market as a cosmetic treatment in 2002, Botox has grown in popularity worldwide. In fact, Botox tops the charts as the most popular non-invasive cosmetic procedure, with millions of treatments performed every year. This safe, quick procedure targets wrinkle-prone areas of the face — most notably crow's feet, frown lines, and forehead lines — and helps impart a dewy, fresh, and well-rested look.

Let's take a deeper look at Botox. How was it discovered? What kinds of effects do people seek from Botox treatment? What's the procedure like? And how long does each treatment last?

The Cosmetic History of Botox

Like many effective modern treatments, Botox has its roots in nature. What we know of as Botox was developed from a toxin called Clostridium botulinum. Responsible for multiple outbreaks of deadly food poisoning, this toxin was first officially identified by professor of bacteriology Emile Pierre van Ermengem in the late 1800's after a botulism outbreak. Though botulism was originally identified as a dangerous toxin in food, researchers over the next century discovered that Clostridium botulinum could actually be used therapeutically:

Though Botox has been prescribed by physicians for a variety of ailments — including depression, migraines, and sweaty palms — it's used primarily as a cosmetic treatment. More specifically, Botox works on wrinkles.

As a quick refresher, some wrinkles are caused by the contraction of muscles over time. We naturally contract these muscles while we're making expressions like frowning, squinting, or smiling. When Botox is injected into the face or neck in small doses it blocks the nerve signals that makes those muscles contract. The result? The muscle no longer contracts, and wrinkles are reduced significantly.

People commonly use Botox for:

In addition to cosmetic treatments, Botox can also be used therapeutically. For example, it's been shown to reduce excessive armpit sweating (hyperhidrosis). In addition, it's been shown to effectively treat painful migraines in some patients. Some surgeons are specially trained in both cosmetic and therapeutic applications of Botox, and can help you determine what kind of treatment is right for you.

What to People Gain from a Botox Treatment? And How Long Will it Last? 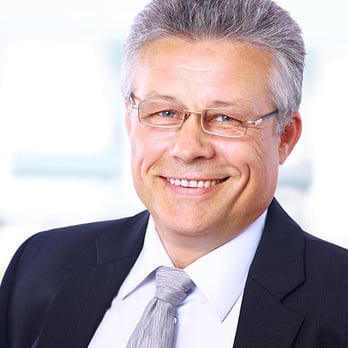 Most people who receive Botox are looking for a subtle, natural way to reduce fine lines and wrinkles. People who get Botox range drastically in age — from their twenties to their sixties — and all seek a unique result. Both men and women receive Botox treatments, with men often opting for Botox injections to address crow's feet, frown lines, and forehead lines.

Contrary to common belief, well-applied Botox doesn't have to make your face look "frozen" or unnatural. In the hands of a skilled practitioner, the effects of the treatment will be so subtle that other people will often not be able to tell you recently received treatment. Instead, people who receive Botox treatments from a skilled technician usually look fresh and well-rested.

If you're contemplating Botox, make sure you seek a licensed and trained cosmetic expert. Throughout the process, your cosmetic team will listen to your personal needs and deliver the treatment that works right for you.

How Long Does Botox Last?

Because Botox works by temporarily blocking nerve signals — effectively paralyzing those contracting muscles that form lines — it doesn't permanently "erase" wrinkles. Though everyone is different, most Botox treatments will last for three to six months.

What Can You Expect from the Procedure?

First of all, you can expect Botox injection to be a very quick procedure. Taking between 10 and 20 minutes, it consists of a few brief injections around your problem areas. If you're sensitive to the "pinching" sensation of the needle, your doctor might be able to use topical pain relief.

Many people are drawn to Botox because it's a non-invasive, simple, and quick way to get a facial pick-me-up. Indeed, you can return right back to your everyday activities after receiving Botox, though you might notice a minimal amount of swelling or redness that will usually go away shortly. Your doctor will help you know what to expect after the procedure, but most people experience little, if any, pain. You'll probably start to notice results within 24-48 hours, but the effects will truly set in after around a week.

As with all cosmetic procedures, it's important to seek Botox treatment from a physician. That's because the correct administration of Botox requires a skilled professional with an intimate knowledge of facial anatomy.

Before you schedule a session, make sure that you do some research. Are the doctors Board Certified? Do they have experience in administering Botox? Don't be afraid to ask questions before scheduling a session so you can ensure you're getting the best, most qualified service available.

Tags: Cosmetic Procedures
Back to Blog

Common Types Of Hearing Loss And Their Treatment Options

Hearing loss is a health concern that affects people of all ages, backgrounds, gender, and...
Read More

Everyone has experienced occasional bouts of nasal congestion. The most common culprits are upper...
Read More

Causes Of Thyroid Nodules and Its Treatment Options

A diagnosis or even the suspicion of thyroid nodules can raise a lot of questions and concerns in...
Read More