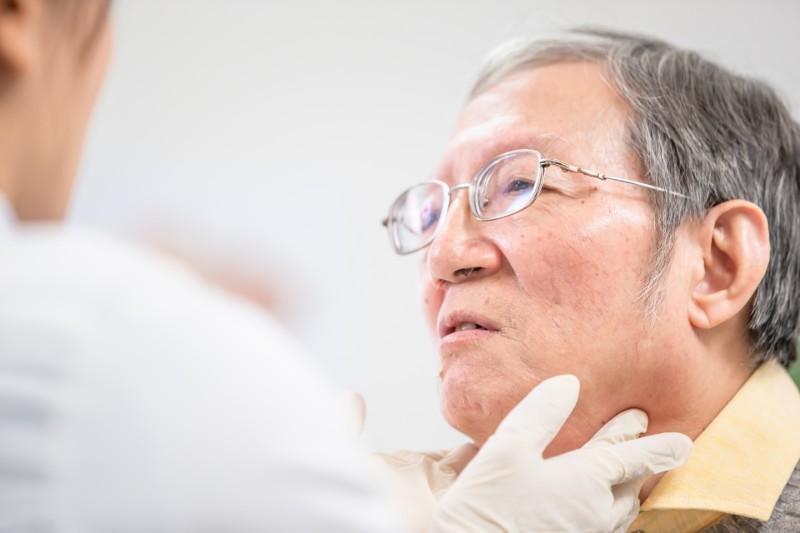 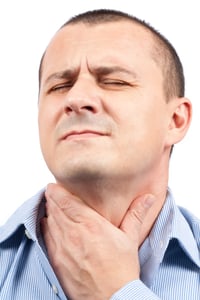 Most of us swallow hundreds of times each day without much thought, relying on numerous mechanisms to move foods and liquids from our mouths to our digestive system. We often consider swallowing an automatic function. When the processes involved work in harmony, swallowing is effortless.

But swallowing is not always easy. Statistically, one in seventeen people will develop swallowing difficulties at some point in their life, a condition known as dysphagia. According to the Agency for Health Care Policy and Research, more than 60,000 people in our country die from complications of swallowing dysfunction every year.

If you are experiencing swallowing difficulties, it's important to recognize the symptoms of dysphagia and consult your health care provider for a consultation or evaluation.

Effortless swallowing requires the coordination of a significant number of nerves and muscles groups. The process of swallowing occurs in phases. First, food is chewed to a size and consistency that is easy to swallow. Then, as the tongue rises, food is squeezed along the roof of the mouth into the upper pharynx as the pharyngeal muscle relaxes to let food in. The muscles then contract sequentially moving food further downward. In the final stage, the tight ring of muscles at the bottom of the esophagus relax so food is allowed to enter the stomach.

Dysphagia may be far more common than you realize. Swallowing difficulties can occur when any of these processes are disrupted by nerve damage, muscle weakness, or obstruction. Most often, dysphagia is caused by other health conditions. Just a few of the many conditions known to increase the risk of developing this disorder, including:

Recognizing the Many Symptoms of Dysphagia

Dysphagia can result if there is a problem with any of the numerous mechanisms involved with swallowing from a weakened tongue to a miscommunication along nerve pathways. Difficulties often originate in the esophagus.  Not only can dysphagia cause significant discomfort, the inability to swallow can also cause significant health complications. Those living with dysphagia are at a significantly increased risk of choking, chronic malnutrition, dehydration, and aspirational pneumonia. The symptoms of dysphagia can vary depending on the cause of the condition.

With dysphagia, you may experience the sensation of having food stuck in some area of your throat or behind your breastbone. This sensation can be recurring or persistent, mild or severe. The symptoms could indicate problems with chewing, a narrowing of the pharynx, physical blockage, or a neurological disruption of the smooth muscles that move food toward the stomach. 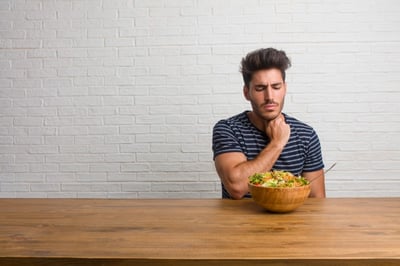 Coughing or Choking While Eating or Drinking

Generally speaking, dysphasia that occurs within seconds of trying to swallow is the result of a dysfunction in the muscles that keep food out of the nose and voice box during swallowing. Food entering the larynx often causes coughing or choking. Coughing is your body's way of keeping irritants, including the foods you eat, out of your respiratory system. When functioning properly, a flap of skin called your epiglottis blocks food and stomach contents from entering your lungs. If dysphagia is disrupting function, there is an increased risk of aspiration.

Swallowing is one of the functions in our bodies that can be automatic or controlled. Many people living with dysphagia find that the mechanisms required for swallowing are unresponsive or delayed. When the swallowing mechanisms resist activation, there is an increased risk of choking and subsequently aspirating food, liquids, or saliva into the lungs which could result in recurring respiratory infection.

Many people with dysphasia have no noticeable issues swallowing but have difficulty keeping food down once eaten. Food and liquids can come back up through the throat, nose, or mouth soon after being swallowed. Regurgitated food often tastes the same as when it was first swallowed. The regurgitation of bitter or sour-tasting foods and liquids suggest that at least a portion of the regurgitated substance had made its way to the stomach. The regurgitation of food that has reached the stomach may indicate a reflux disorder.

Swallowing Difficulties Should Be Evaluated

The symptoms of dysphagia could also include a hoarse voice, weight loss, and frequent heartburn. When swallowing difficulties are severe, dysphagia can cause drooling. If you suspect your symptoms could be caused by dysphagia, it's important to consult your health care provider. Left untreated, dysphagia can result in significant complications, including weight loss, dehydration, and aspiration pneumonia.

The treatment for dysphagia depends on whether the condition originates in the mouth, throat, or esophagus. Depending on the cause of your swallowing difficulties, your physician may recommend working with a team of healthcare specialists, which could include a neurologist, speech pathologist, or ear, nose, and throat specialist (ENT). 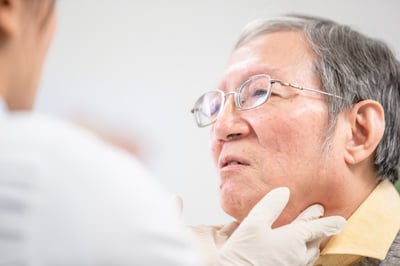 Dysphagia can significantly impact your quality of life. For a consultation with a top-rated ear, nose and throat specialist in Los Angeles CA, contact C/V ENT Surgical Group. C/V ENT Surgical Group has locations in Encino, West Lake Village, and West Hills. Each of our board-certified physicians has a sub-specialty within the ENT field. We specialize in diagnosing and treating dysphagia with the latest advances in medical technology.

Broken Nose: Deciding Whether an ENT or Plastic Surgeon Should Repair It

Most people don’t want to have to choose between form and function when it comes to their nose....
Read More

When to Worry About Thyroid Nodules?

Many patients worry when they hear they have thyroid nodules. The good news is that they are...
Read More