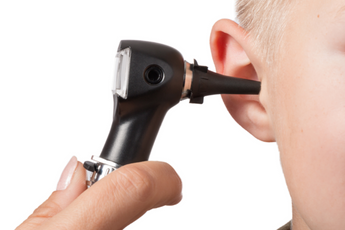 Ear disorders are among the many conditions ear, nose, and throat (ENTs) doctors specialize in. They are the first line of defense for those experiencing issues with their neck, throat, and ears.

Ears have three main parts: the external, middle, and inner ear. Each area contains tiny structures that play a vital role in your ability to maintain equilibrium and hear and process sounds and speech. Sadly, most people never give much thought to their health or function until they experience issues that impair their balance or ability to hear and communicate.

Common Diseases of the Ear

Ear diseases are more common than many realize. To make it easier for you to know when it’s necessary to see an ENT doctor in Encino, review the six most common diseases of the ear below.

Middle ear infections are also known as acute otitis media. The condition occurs when the empty space behind the ear drums becomes inflamed and irritated from infection or pressure buildup. As the infection progresses, the risk of pus, severe pain, ear redness, and hearing loss increase.

Most cases of acute otitis media occur after respiratory ailments, such as the common cold or flu, sinusitis, or allergies. Upper respiratory illnesses often trigger inflammation and swelling in the eustachian tubes, not just in the airways. Eventually, germs, bacteria and other pathogens spread from the nasal and oral cavities, increasing inflammation and congestion inside the eustachian tubes, preventing them from equalizing pressure inside the middle ear.

Ear infections are very common in kids, although adults can develop them occasionally. Although they often resolve with self-care, many people require antibiotics for significant symptom relief. ENT treatment is often necessary to prevent complications like temporary hearing loss and other common diseases of the ear.

Despite the name, swimmer’s ear is a condition anyone can develop, not just water enthusiasts. It is also quite common in young children and infants. Anyone with one of the following causative factors is at risk of otitis externa— the formal medical term for swimmer’s ear.

Everyone experiences ear blockages at least once in their lives. Some people are more vulnerable to ear blockages than others. The blockages occasionally occur after exposure to triggering stimuli like altitude changes or allergies. Temporary blockages usually don't require treatment. But severe ear obstructions are the source of acute, persistent, or chronic discomfort, congestion, and pain, and can lead to other common diseases of the ears.

Because there are so many possible reasons for blocked ears, it is important to have an ENT doctor in Encino diagnose the problem.

This ear disease impacts the tiny bones inside the middle ear. Otosclerosis causes excess bone tissue to grow inside the middle ear, impairing the proper function of the bones of your ears. The condition prevents ear bone vibrations in the affected ear from processing and transmitting sound signals to the brain. Vibrations are necessary for hearing to occur.

Despite being commonly diagnosed in middle-aged adults, otosclerosis is a leading contributor to premature and temporary hearing loss in young adults. Women are more susceptible to developing osteosclerosis than men.

Meniere's disease is a disorder that causes persistent, disruptive bouts of dizziness, nausea, or vertigo. This common disease of the ear can strike at any age but generally starts before middle age. The early stages of Meniere's disease often cause occasional symptoms like ringing and weird high-pitched sounds, feelings of pressure or blockage, and temporary hearing loss in one ear. Meniere's Disease is progressive and eventually robs those afflicted of their ability to hear permanently.

This common disease of the ear tends to affect those sensitive to altitude, barometric, or other weather changes. Ear barotrauma is also prevalent with upper respiratory infections and in young children. The condition develops when the pressure inside and outside the ear are so different that they impair eustachian tube function.

Ear barotrauma can eventually damage your eardrums, increase your infection risk, and cause other common diseases and disorders of the ear. Treatment is necessary to alleviate the pain, soreness, and symptoms. 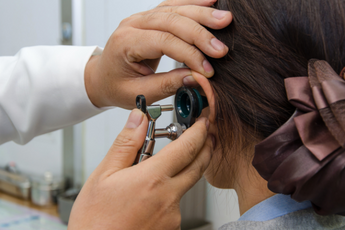 When it comes to diseases of the ear, treatment is necessary to keep them from worsening and causing hearing impairments, dizziness or vertigo, chronic ear pain, etc.

Fortunately, the friendly and professional ENT staff at CV ENT Surgical Group are well-versed in treating all kinds of ear, nose, and throat disorders in people of all ages. If you or someone you know are experiencing ear issues, look no further than CV ENT Surgical Group for diagnosis and treatment.