Nosebleeds Are the Most Common ENT Emergency

When blood suddenly starts gushing from the nose, one of the first reactions is to panic. After all, bleeding is a serious thing, right? It can be, but with epistaxis (nosebleeds), some bleeding episodes are to be expected.

Usually, nosebleeds are nothing to get too stressed about and are a common occurrence. Occasional nosebleeds are often caused by dry air and physical trauma to the face, especially the nose or the surrounding areas. However, they can also occur from having abnormal nasal tissues, polyps, enlarged turbinates, and sinus infections.

The following tactics are helpful in resolving occasional nosebleeds.

Once the bleeding stops, it’s a good idea to avoid touching, bumping, or jarring the nose for a few days to prevent the bleeding from recurring. The blood vessels inside the nose are sensitive. The slightest trauma can cause additional bleeding and make self-management difficult. If the above tactics don't help after 20 minutes or you experience frequent nosebleeds, there may be an underlying medical issue that needs attention.

Other Causes of the Most Common ENT Emergency: Epistaxis

Everyone experiences nosebleeds at some point in their lives. Children are particularly prone to them. So are individuals with certain risk factors, such as the following:

The most common reasons to seek out ENT care for nosebleeds include lacerations or sores, nasal polyps, bumps, broken blood vessels, enlarged turbinates, or severe dryness inside the nostrils that persists or is accompanied by nose, ear, or facial pain or nasal congestion. Nosebleeds are also common with infections and diseased nasal tissues.

When to See an ENT Specialist for Nosebleeds

Epistaxis can in some cases cause hemorrhaging so severe or frequent that at-home remedies are ineffective. ENT care is necessary to determine the cause and ensure proper treatment to prevent severe symptoms, complications, and recurrences.  In children and adults, nosebleeds often occur from damaged vessels along the anterior septum of the nose.

Below are some signs that warrant ENT attention.

In rare situations, nosebleeds can cause serious and potentially life-threatening issues, such as severe blood loss that is accompanied by difficulty breathing or shortness of breath, head pain or headaches, eye pain, body chills, and chest pain. If you or a loved one experience any of these concerns, please head to the nearest emergency room for immediate treatment. You should also contact your ENT doctor to schedule an appointment for an evaluation to rule out other common ear, nose and throat medical problems. 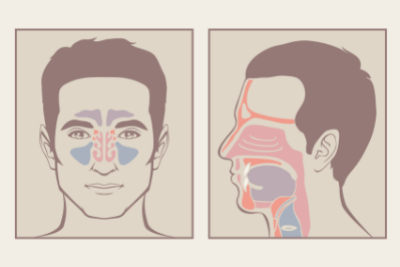 Many people experience frequent nosebleeds due to sinus and upper respiratory infections, nasal inflammation, and irritation from viruses, bacteria, environmental irritants, and nasal tissue growths (polyps) or structural abnormalities like septum deviation or hypertrophied turbinates. Treatment options for epistaxis range from taking medication and making lifestyle or dietary adjustments to decrease pressure inside the vessels of the nose and body to surgical procedures to cauterize the bleeding vessels or treat the underlying cause.

Balloon Sinuplasty is ideal for patients with nosebleeds concerns due to sinus infections or chronic sinus symptoms. The procedure widens the nostrils for optimal airflow to alleviate sinus inflammation and drainage issues that contribute to frequent nosebleeds.

Septoplasty is ideal for patients with recurrent nosebleeds due to a deviated septum and turbulent airflow. To learn more about common ENT emergencies and the most beneficial treatment options, contact C/V ENT Surgical Group to discuss your ear, nose, and throat health concerns with world-renowned ENT experts, Dr. Alen Cohen and Dr. Bob Armin.